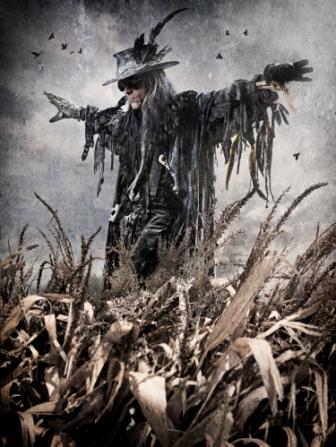 Fields of the Nephilim – this band does not really need any introduction. Founded in 1984, the band is one of the pioneers of Gothic Rock.

The Fields sound itself combines elements of hard rock, gothic rock, heavy metal, psychedelic rock and film music (Ennio Morricone). In their releases, the band always puts emphasis on developing and perfecting this very own Sound.

Merciful Nuns rose like Phoenix from the ashes of the legendary Garden Of Delight. The band played and plays a leading role in preserving the legacy of classic gothic rock ... and in its renewal and advancement in the 21st century.

"I see myself more as the architect of my own post-Goth universe," says Mastermind Artaud Seth, looking at history and the present.

Now another circle closes: Merciful Nuns are going on a farewell tour in 2019. One of the last opportunities to see Artaud, Jawa and Jón Tmoh live.

La Scaltra are the duo Aeleth Kaven (vocals, songwriting, composition) and Dae Widow (vocals). The two are inspired by a variety of musical and extra-musical influences: Dae loves East Asian mysticism, Aeleth has a penchant for the occult and enjoys destructive Black Metal.

On their album "Freakshow" they combine Minimal Synth with classic New Wave and Post-Punk. Cold, dark, minimalistic and sinister are the attributes that describe the music perfectly.

The voices of Kaven and Widow – dark, gentle and dreamy – form an organic connection. With "La Scaltra", one of the most promising and interesting representatives of contemporary Gothic is handing out its business card at the Dark Ascension Festival.

Fields of the Nephilim